A FEW THINGS.....to write about.
First....this past weekend was Hector, New York tatting event. I only went on Saturday. Had to borrow a car and so on...but I had a good time. So I am going to share some pictures with you all. 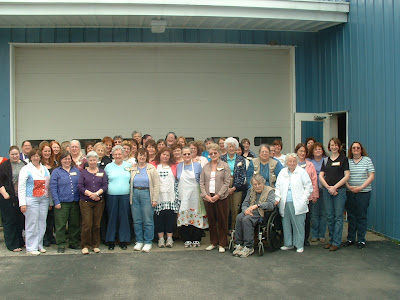 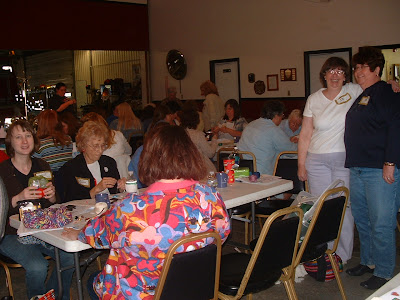 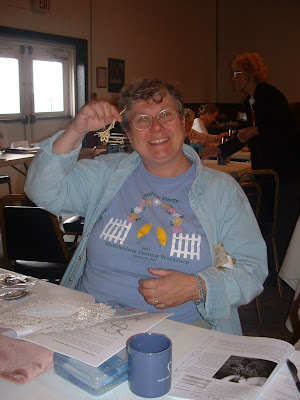 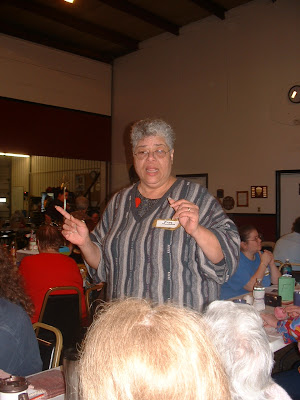 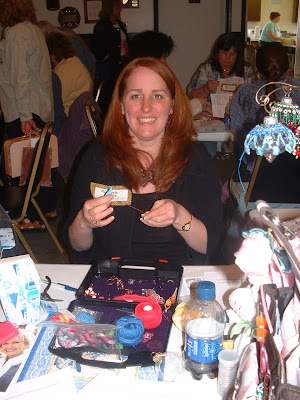 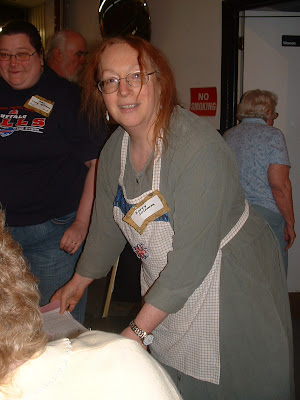 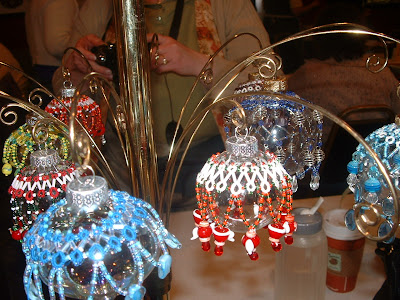 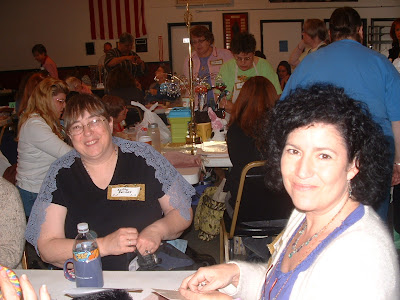 So what do I have in the pictures. The first picture is a group shot of us tatters that were in Hector on Saturday for the tatting event. The next picture is a people picture. The lighting I thought was bad so some of my people pictures did not turn out too good but I am sharing some of them with you anway. The lady teaching with the gray and white vertical striped pullover is Bina Madden from the state of Washington. She came from the farthest to attend the event. The lady in blue is Ruth Perry being her sunny self. Loved her tee shirt she had on. The redhead with the black top on is Vicki Clarke from Canada. I had her for my Christmas Advent Exchange on Gina's Goddess Tatting list. We got to talk even more. The Christmas ornments were made by Ginny Weathers. She taught a class for making a ornment cover something like a lampshade over a glass ball. See how pretty they are. In the last picture above here is Kathy Brandt that I use to work with many years ago and found each other again when I first started going to the Hector Event. She actually lives on the Eastern side of New York now. In the past I have met up with some fun tatters on that side of the state...but couldn't go last year...the funds wouldn't let us go...but maybe this year...but now that my husband doesn't have a job...I don't know if we can or not.

Now moving on here to another subject and more pictures...haha. 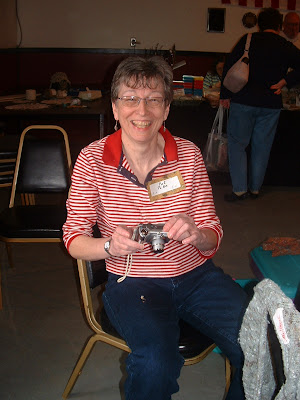 In this picture is Pat Pike. She is from Buffalo/Amherst area of the state. I met Pat a few years ago. She is left handed like me...and she knows how to do the Romanian Point Lace Cording. She has showed me I don't know how many times in the past ...and I guess I just didn't really get it...but TA DA....I have it now...so Gina...if you are reading this blog...take a look at my cording in the picture. What do you think? I did this with size 20 Lizbeth thread. I kept practicing it after I got home and I pick up my crochet hook up every now and then and add a bit more to the length of my cording. Hopefully if you click on the picture of the cording maybe you can see my stitches better and I didn't have to flip my mind over backwards to make it either. It is left handed made. Yippee. I can't crochet right handed. I have tried in the past but my brain will not flip the other way to crochet right handed so I had to have a left handed crocheter. Thank you Pat!!

I have been wanting to know how to do this for a long time. I have some Romanian Point Lace Patterns in some of my old Anna magazines and I have three books by Sylvia Murariu. One of her books even is for Christmas ornaments and there are at least three angels in that book. So now that I know how...I will be trying my hand in some Romanian Point Lace and since I can make the cording now...I can do mine in color which is so me...don't you all think?? 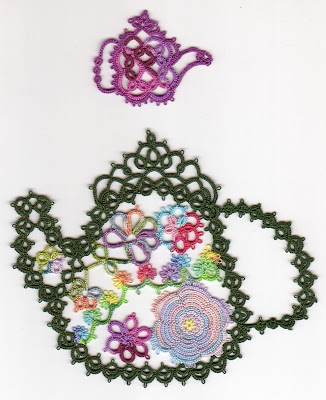 In this next picture is two more teapots I have made from Martha Ess's Teapot book. Which if you go here you can get some info on how to get your copy. It is a great book.

Handy Hands I know will also be selling the book. Speaking of Handy Hands, I happen to know that there will be more different varigated and solid colors of Lizbeth coming hopefully by the end of June. So keep your fingers crossed for that.

It is made using Lizbeth threads and also some Rainbow Brite thread from Tatakool. Here blog is here:
http://tatsakoolchallenge.blogspot.com/

And last but not least ...this is what I won in one of the raffles. This bag with a pink and light purple Hedgehoggie in this bag along with a kit to make one of Ruth Perry's bracelets. Fun HUH??? 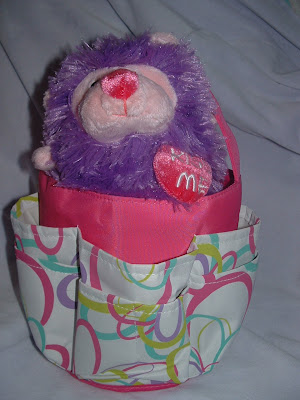 I guess this post is enough for now...there might be more writing and sharing with you all on another day.
Posted by Sherry aka Celtic Dream Weaver at 3:24 PM

Sherry,
The photos are very nice. I really did not take that many.. so glad you did! I guess in one of the photos you catch me off guard..I was looking too serious. Sure glad I was smiling in the group photo, which came out very nice.
I love your teapots.. very nicely done!! Keep up the good work. I hope everything gets a little bit easier for you and your family.

Thanks so much for showing the pics - and I love those teapots, too!

Oh, lots of familiar faces! How cool that you got everyone outside for one pic!

I'm so proud of you mastering that cord Sherry! RPL really is fun to do. I wish I had more time for it. The pic didn't enlarge when I clicked on it but I can see it pretty well.

yeah! I am glad you had a good time. It sounds like it would have been a lot of fun meeting all those tatters! The hedgehoggy is cute.. Rebel would want it 'cos it is purple! Can't wait to see and hear more about it..

What a lot of fun it looks like you had! Thanks for sharing the photos on your blog! It's always fun to see a tatters' gathering! :)

I met Sylvia Murariu at the IOLI convention 2008 in Rockford, IL and she showed me first hand how to make that cord. It made sense when she showed me. Even tho Gina showed me how in Hector last time....Now I think I have forgotten it again. Not like riding a bike. I forget how if I don't practice it LOL!!! Sylvia Murariu is such a nice person and willing to show anyone who passes by her. She had a booth with all her goodies and display in the vending room. WOW!

Thanks for showing all the pics :)

Oh, what a lot fun you must have had! One of these days the planets will align and I'll get to go to one of these things and meet all you. The teapots look great, btw. I've been having fun with them myself.

It looks like you had a blast in Hector. Thank you for sharing it with us.

Your teapots are beautiful.

Enjoyed your photos so much, can put faces to more names now. Love the teapots you made.