Yesterday I showed you a picture of me after I got off the trolley in Columbia, South Carolina which is how we got around during Palmetto Tat Days in 2003. I continued to look at everything I have saved since I was finally on the internet. In an old email ( one of many ) I have saved from one computer to another was an old email from Wally Sosa. There was the picture with others she sent to me in April after the Tatting event. I thank Wally for sharing with me. I also have some pictures that I have from the 2003 Palmetto Tat Days event which was the first one. Enjoy the pictures...starting with the first one of me getting off the trolley. 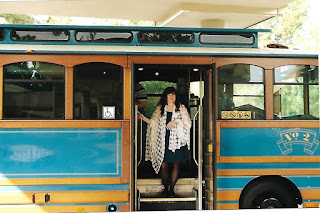 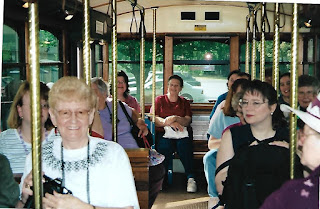 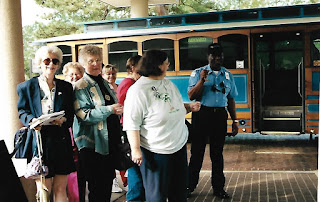 I can't tell if we were waiting to get on the trolley or we got off the trolley. I see Jane Moody, Teresa Woods and others. In all my pictures please share names of people in the comments. 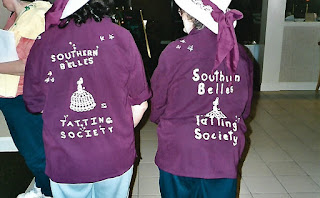 Are these shirts cool being worn by the Southern Belles I think from Tenn. So here id the back of them and... 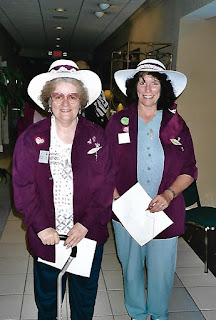 Here is the front of them. 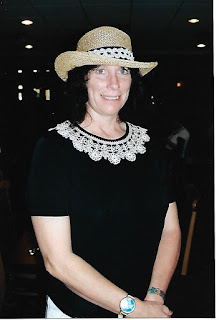 Take a look at the tatted collar and hat band. 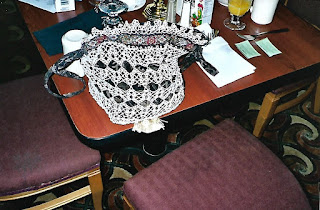 This is my purse that I made which was  my everyday purse until I finally decided not to make it my everyday purse. I kept catching the tatting on think and have repaired it many times so I just now take it to all lacing events. 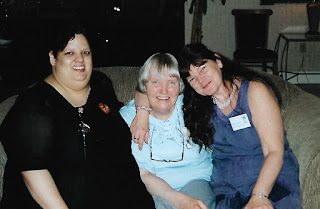 One of my favorite pictures is Wally, Riet and me. I wish I weighed what I did in the picture again. Hard for me to believe this was 14 years ago. 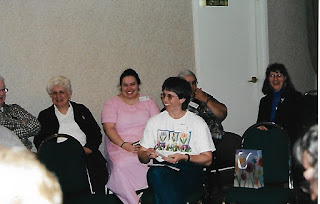 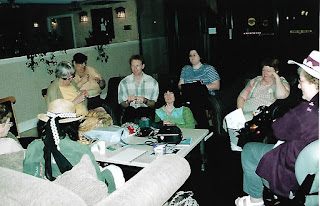 Tatting and chit chatting in the lobby of our hotel. 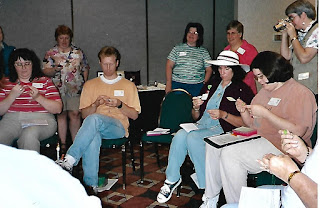 The tat off where Mark Myers was the winner. 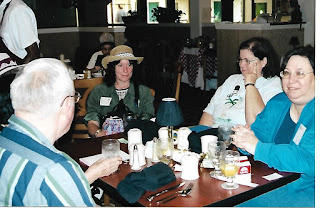 A lot of us went out to dinner at Applebees. My husband wasn't with me so I ordered his steak dinner to go which he ate in the hotel room while I went back to mingling with other tatters. 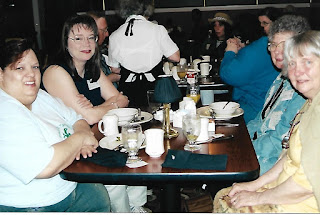 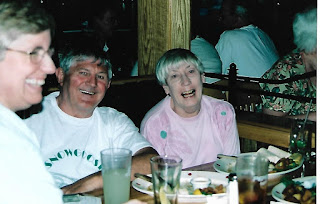 Pete and Betty Alderson from Snowgoose. Betty has gone to be with Tatting angels. You can see a profile Of Joy Crutchfield who is now Joy Robinson now. 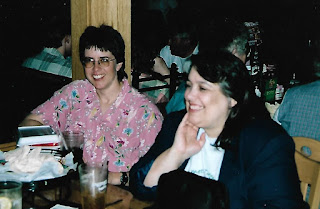 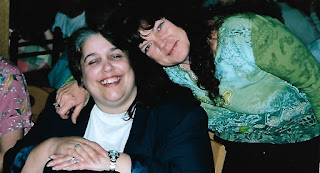 Me and Diana Stevenson. 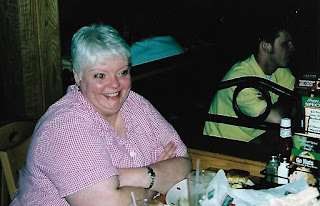 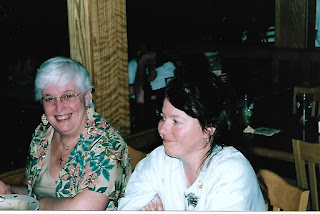 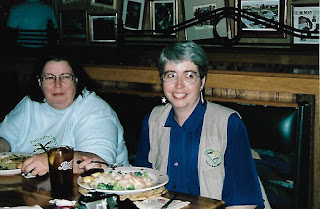 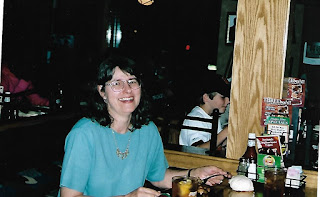 Pam Freck.
I hope you have enjoyed these pictures. If anybody else has pictures from the First Palmetto Tat Days...I think we all would love to see them.

Posted by Sherry aka Celtic Dream Weaver at 11:36 AM No comments:

I have been to all of the Palmetto Tat Days including the first I think it was 2002 or 2003. This event was in Columbia South Carolina. My husband had just bought a new truck ( which we still have btw and there is some rust disease) and we decided to drive out of the ice storm we were having to try the new truck out. We left at 4 A.M. and drove straight down. We checked into our room at 6 something and saw on the news about Rochester, New York ice storm. Yes, when we got home we had broken and snapped trees in our yard. We were also out of electric  but there wouldn't have been anything we could have done to change anything if we had stayed home. I am really glad I went and I remember having such a good time and meeting people that I had written to. Like Riet  for one, Wally Joy and so many others.
We stayed in a hotel and went to the museum by trolley which was how we were transported back and forth. There was this picture of me taken. We didn't take the picture...someone I think emailed this picture to me. I can't find the file and was wondering who took the picture and emailed it to me. I am not fond of pictures that are taken of me since I am not a beauty queen but I do like this picture and would like to have the original picture file. I am hoping that someone looking at my blog will recognize your picture of me and let me know it was you. My how time flies huh?? 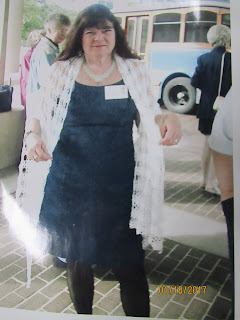 Posted by Sherry aka Celtic Dream Weaver at 11:38 AM 2 comments: